Rob Weingard is a true son of Long Island growing up in Dix Hills and now resides in Sands Point with his wife Joey and three children; Crew, Stevie and Jensen.  He was the star point guard on Half Hollow Hills West High School basketball team earning a scholarship to nearby Hofstra University.  In 1985, Rob led the NCAA in assists and was a finalist for the prestigious James A. Naismith Award for Outstanding Player Six Feet Tall and Under.  He captained the USA Basketball team to a Gold Medal in the 1985 Maccabiah Games in Israel.

After college, Rob went to the University of Colorado to work as a graduate assistant for their basketball program and receive his masters degree in education.  In 1991, Rob with two of his teammates from the USA Maccabiah squad and another basketball playing friend, founded Hypnotic Hats, a young mens fashion headwear manufacturer.  Today in 2013, HYP has grown into a prominent accessories company working with most major US retailers.

As Robs kids started to grow and begin to play sports, he returned to coaching in his spare time.  After coaching his kids for several years, he saw that the world of youth sports was not at all like the way that he was raised and sincerely believed it was going in the wrong direction.  The fun, friendships and sense of community had somehow been lost in the past twenty years or so and a culture of selfishness and overzealous parenting had come to dominate the development of the kids.  He thought of how to try to improve youth sports in his own small way and he came up with an idea to make a documentary film. He pitched the idea to his friend, writer and filmmaker Johnny Spingola and from there they started making 3 Teams: A Youth Sports Story.  They shot the film in the course of a year covering Rob coaching his three childrens basketball teams and seeking out the experts in the field of youth sports in hopes of finding the problems and solutions to try and make kids sports a better experience.

Director/Producer of 3 Teams: A Youth Sports Story, John Spingola was approached by his longtime friend Rob Weingard about making a documentary about youth sports and he jumped at the chance, thinking it was a great idea and out of his regard for Rob. He thought, I never worked on a documentary before, but a good film is a good film whatever genre or type, and this was an original idea.
Spingola is known to his friends for his passion and encyclopedic knowledge of movies and television, writes a blog called Johnny Spins Mise En Scene http://johnnyspin.blogspot.com/. This love of film got him a job as a staff writer at HBO’s The Comedy Channel (the precursor to Comedy Central) after graduating from Emerson College where he was a member of the baseball and basketball teams. At The Comedy Channel, under Head Writer Eddie Gorodetsky (SNL, Late Night with David Letterman, SCTV) he wrote about comedy films, the history of comedy and created, wrote and produced a series of segments called The Comedy Files. He also contributed to guest segments for the talk show Night After Night with Allan Havey and helped create the clip driven show Short Attention Span Theater.
To support himself as a freelance writer and filmmaker, John went into business and has for the past 15 years been the owner/operator of the Boxcar Lounge in Manhattan’s East Village. His family has owned a successful restaurant and bar in his native Western Pennsylvania for over 50 years. Growing up in that environment in a small town gave him a very unique perspective and a love of characters.
Spingola has done plenty of freelance writing most notably a cover story A Moment’s Gesture about the turbulent 1968 Olympics in Mexico City for American Legacy Magazine’s Spring 2008 issue. In 2004, John developed and produced a pilot for television, The Mr. Cutlets Show featuring James Beard Award winning food writer/personality Josh Ozersky. For another friend Morgan Spurlock’s production company The Con, he developed a proposed music show Sitting In. In addition to writing several screenplays, he directed an off-off Broadway play, The McAlpine and authored a stage play based on the short fiction and poetry of Charles Bukowski Scream When You Burn. For a fledgling writer John has been fortunate enough to have become personal friends with two world class writers during his life which he deems a real blessing and an education, while at Emerson, the late Richard Yates (Revolutionary Road) and in New York, Nick Tosches (Dino: Living High in the Dirty Business of Dreams).
3 Teams, according to John, has been one of the best experiences of his life and looks to do several upcoming projects with his friend Rob Weingard in the future.

Director of Photography and Associate Producer of 3 Teams: A Youth Sports Story, Boris Riabov was born in St. Petersburg, Russia in 1989 and moved to Manhattan in 1996. Having spent the last seventeen years in New York  the two cities and cultures has undeniably shaped Boris both as a person and an artist.
Boris graduated from New York University (B.F.A. Film & Television) in 2011 and has since worked on an eclectic array of media projects: music videos, a feature length documentary, behind the scenes for fashion commercials, various interviews, and his own personal short films.
At his young age hes collaborated with artists of all skill sets and personalities: Henry Miller (Director; Occupant, Anamorph with William Dafoe), Ryan Silverman (Broadway’s Phantom Of The Opera), Grace Garland (Singer/Actress; Juice, All My Children), Marco Santarlasci (Singer/Songwriter, Flo-Rida’s International Music Group) and David Maire and Michael Beddome (Airebed Productions).
On 3 Teams: A Youth Sports Story, Boris was called as a replacement for an unavailable colleague and the Producers John Spingola and Rob Weingard immediately took a liking to him and wanted him on the film full-time. According to Spingola, Boris became indispensible to me during shooting and always had a great attitude and a helpful idea. Hes a talent to reckoned with in the future.
Boris brings a Spartan work ethic to every project; often writing on trains but has now taken his pen on the road – crafting his first original, feature length screenplay, Make Way For My Way, as he travels throughout America in the fall of 2013.

Steve Nisenson has been the director of Camp Wayne for Boys for 25 years. He was a two-time All-American basketball player at Hofstra where his number 13 is retired and is a member of the Jewish Sports Hall of Fame. He was the director of admissions at C.W. Post University for 16 years and has a Masters in Guidance Counseling from Long Island University.
Dr. Rhonda M. Yoss-Kaplan - Clinical Psychologist

Dr. Rhonda M. Yoss-Kaplan is a clinical psychologist specializing in child development. Sheâ€™s been practicing in the Port Washington, New York area for the past 21 years.
Tim Donovan - founder of the SUNY Youth Sports Institute

Tim Donovan is the founder of the SUNY Youth Sports Institute, a statewide program based in Cortland, New York. In the last three years, his staff has trained and certified more than 10,000 youth coaches.  the way we pose it to the coaches, said Donovan, When you signed up to be a coach, did you sign up to be a community leader? Whether you did or not, because of the way our communities are fraying and slipping, the coach IS a community leader and then we help them find the tools to apply leadership through youth sports. 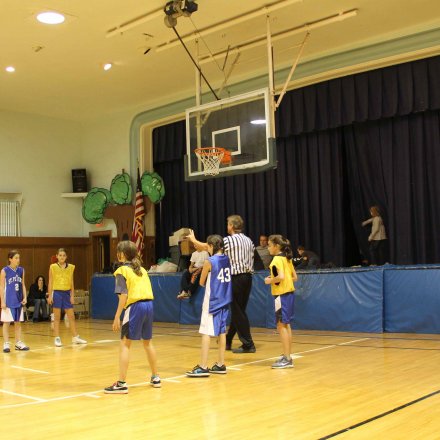 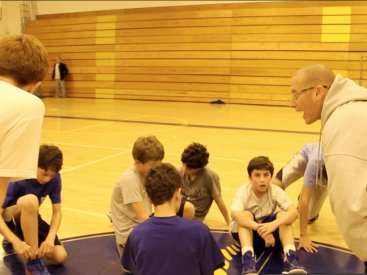 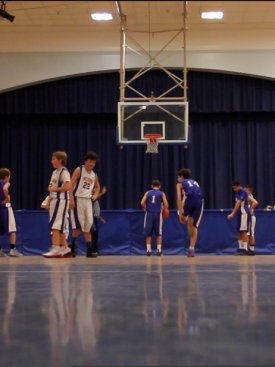 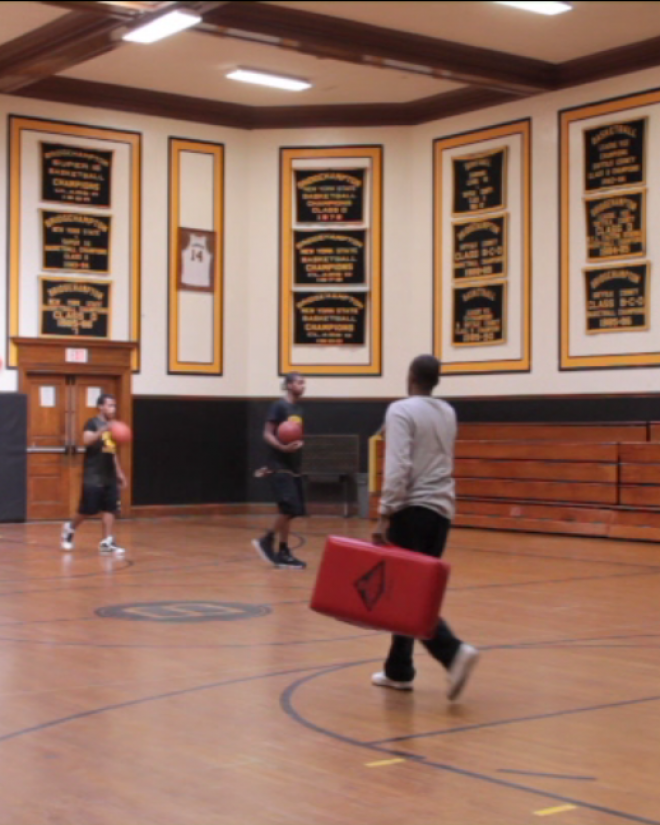 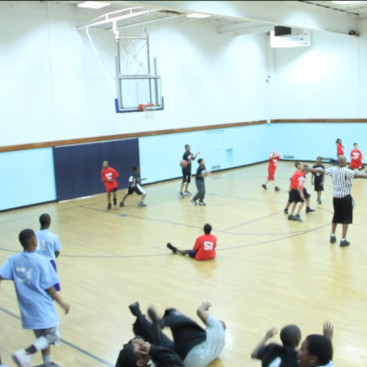 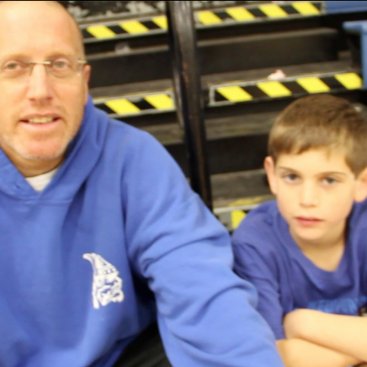 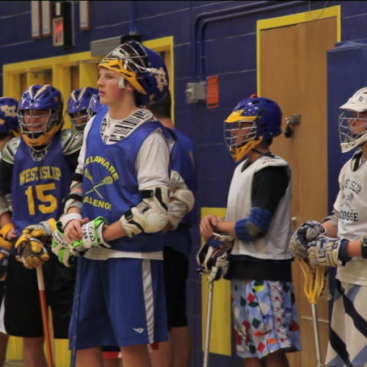 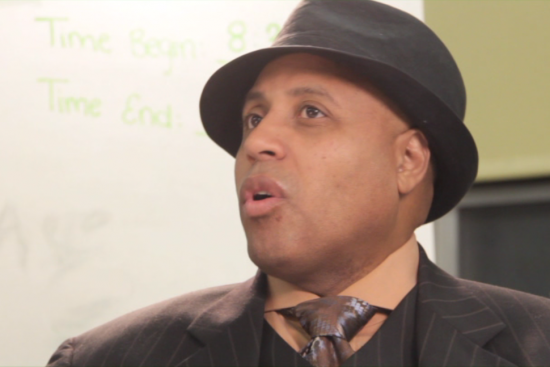 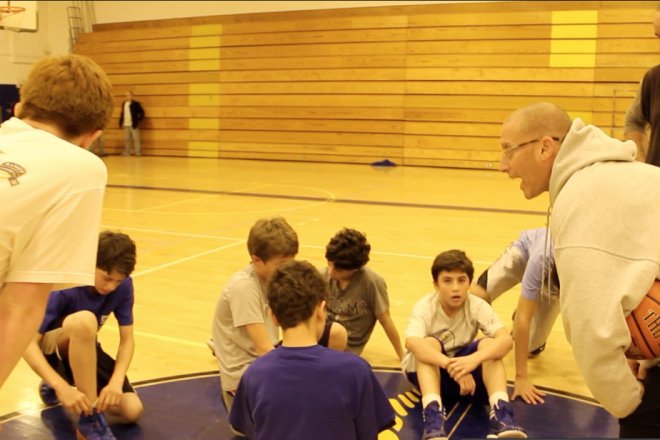 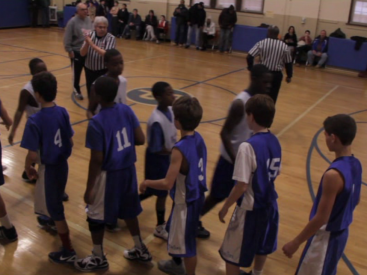 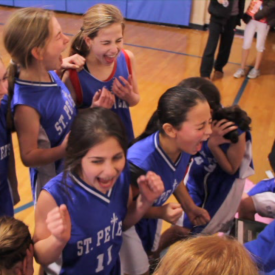 OUR SINCERE GRATITUDE TO ALL THE YOUTH SPORTS PLAYERS AND THEIR FAMILIES, AND ALL THE PARTICIPANTS WHO MADE THIS FILM POSSIBLE.
Dedicated to the memory of Scott Weingard 9/23/71 â€“ 9/11/01